A dog's treat is not always good to eat!

Dogs can eat some strange things, and each year the Veterinary Practice News magazine conducts a competition to discover the most unusual item swallowed by an animal. Entrants share x-rays of their pets showing such things as golf balls and fishing rods in their mouths and gastrointestinal tracts.

Veterinary surgeons from the UK pet charity People’s Dispensary for Sick Animals were surveyed to find out the most common items that were swallowed by dogs. Bones were at the top of the list, with corn cobs and stones next. Other top ten items included babies’ dummies and underwear.

Prevention is better than cure, however when it comes to stopping your dog from swallowing things other than their food, it’s not always that easy. Observing three basic guidelines can help.

Firstly, keep things you don’t want your dog to eat away from them – for example, put corn cobs left over from dinner straight into the bin, rather than leaving them on the kitchen bench with the dishes.

Secondly, watch your dog closely when in an unfamiliar environment. Parks and picnic areas are especially risky, as there may be chicken bones or other items accidentally left on the ground.

Lastly, teach your pooch to “leave it”, so if they start to eat something inappropriate, they’ll drop it on command. You’ll need to be quick with this one, because dogs can be very speedy at gulping things down! Training your dog to drop things on command does take time, but it’s a handy instruction for all dogs to learn.

Eating something inappropriate can make your dog unwell. Early symptoms can be non-specific; your pet will be lethargic and won’t be keen for dinner. They can then develop vomiting and dehydration.

If you suspect they have swallowed something they shouldn’t have, or if they’re looking unwell or vomiting, it’s important you make an appointment for us to see them as soon as possible. A foreign body in the stomach or intestine can cause obstruction and damage the lining. The sooner it is removed, the quicker your pet will be back to their usual happy self.

When you visit us with your dog, we will check their vital signs and feel their tummy – sometimes foreign bodies can be felt.

If we suspect an obstruction or partial obstruction, the next step is an x-ray to identify exactly where it is. The object can then be surgically removed under general anaesthesia. Dogs usually recover very well from this procedure and are feeling better within a few days. 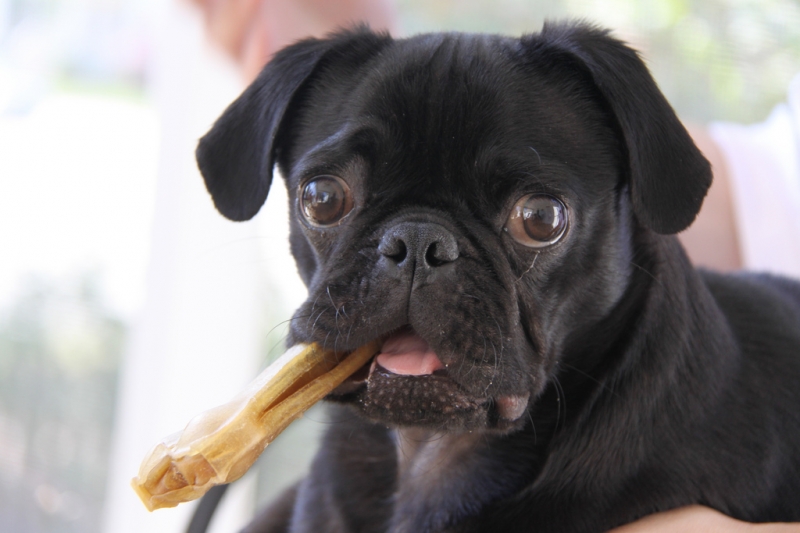