Can my dog get a cold?

Most people can tell when they are getting a cold. The sniffles start, followed by a raging temperature, hacking cough, and endless dripping nose. But did you know a similar condition exists in the dog world?

Canine cough, often to referred to as kennel cough, is a highly contagious upper respiratory tract infection caused by viral and bacterial agents. While a dog can pick up kennel cough by merely breathing in microscopic particles from an infected dog that passes by on the street, it’s more prevalent in boarding kennels.

Even if all dogs within a kennel are vaccinated against kennel cough, it is still the ideal breeding ground for the virus and bacteria. Along with the confined and crowded conditions, dogs who are tired, stressed, pregnant, older or are lacking immunity may also be more at risk of catching this dog-to-dog transmitted virus.

Just as you would know you’ve had a touch of the flu or a cold by an irritating cough, you may also notice the same symptoms in dogs. A dog with a hacking cough should be taken to a vet, as it is often the first and leading symptom of canine cough.

While some dogs appear happy and healthy aside from a cough, others are known to suffer from other symptoms such as sneezing, fever, lethargy, watery eyes, a runny nose, a lack of appetite, and in severe cases, pneumonia. Just as you would seek medical help for your cold, it’s crucial your pooch receives veterinary treatment for his.

In most cases, a dog will fight the infection on its own, but your vet may recommend antibiotics to fight the bacteria, and possibly cough suppressants as well. Vaccination is not a sure-fire way of ensuring your dog does not contract canine cough, but it’s a far more effective option than doing nothing at all. The best prevention method is the C5 vaccination. This vaccine, catered to parainfluenza and Bordetella, should be given yearly by your vet.

If you notice your dog is coughing, has a running nose, has lost his appetite or looks lethargic, seek veterinary treatment and advice immediately. Just as a cold makes you feel under the weather, canine cough can make a dog miserable, and exceptionally sick. Act sooner rather than later. 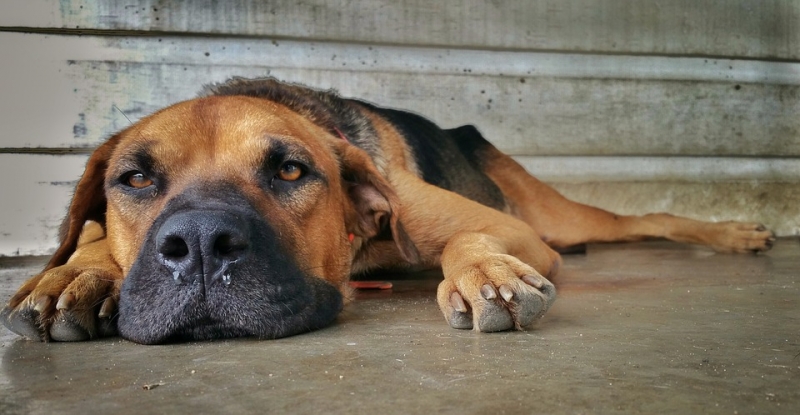