Don't use your car as a kennel

As the mercury rises across Australia, pet owners are being reminded not to leave their dogs in vehicles. The Australian Veterinary Association advises how dangerous this is.

The temperature inside stationary vehicles can quickly exceed outside temperatures – even with the windows opened a little – with devastating results.

Hyperthermia, which is the elevation of a dog’s core body temperature, is a serious welfare issue. While your four-legged friend might be giving you those puppy eyes for a ride to the mall, putting their health first is paramount.

WHAT DOES HYPERTHERMIA DO?

Signs of hyperthermia and other heat-related illnesses include excessive panting, breathing problems, lethargy, collapse, and even unconsciousness. It can result in brain damage and death.

Unlike humans, dogs cannot sweat to cool off – as the heat increases, bodily functions start to break down. The dog’s heart starts to fail – causing its blood pressure to drop, kidney failure, lack of oxygen in the brain, and internal bleeding. Its body goes into shock. At this point, even if you can save the dog's life, it's likely to have suffered brain damage. If you see a dog in distress in a car on a hot day, phone the police, who will advise you what to do. Early intervention is crucial. 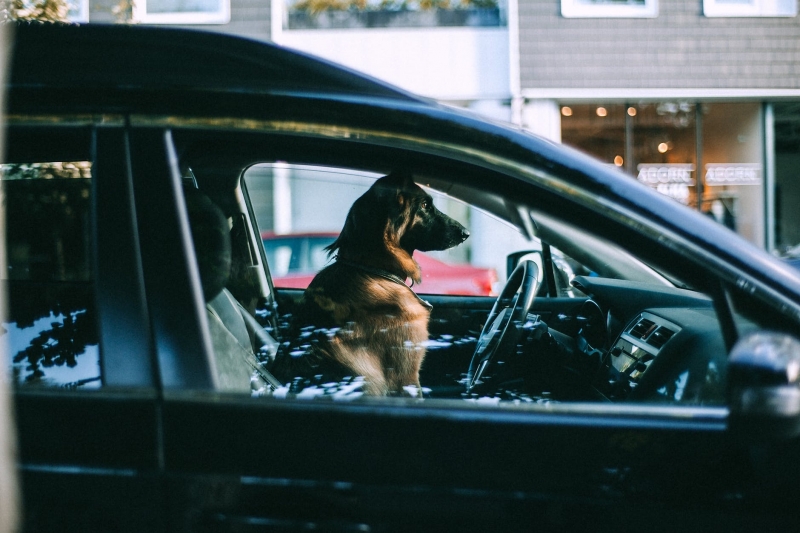