These little packets of personality aren't for everyone. But they're pretty cute to most people.

Ferrets were traditionally kept as hunting animals, but have since moved mostly to pets, though some still work for their tucker.

Ferrets can be housed in relatively small cages as long as they are allowed out for supervised play each day. They are escape artists, so you need to make sure it's houdini-proof! Cages should have solid bottoms, and room for a bedding area (or hide box), litter box, and food and water. Water is more often provided in a dripper bottle than a bowl as ferrets tend to play in it and make a mess. Food is likewise provided in a heavy bowl that can't be tipped over.

Bedding should be fabric, not shavings or dirt etc as dusty environments can lead to chronic respiratory disease. If housed outdoors they should have sufficient protection from the elements, especially the heat as they cannot sweat. They can be friends with dogs and cats, but not really rabbits or rodents who are their natural prey.

Ferrets are carnivorous with high metabolic rates. They should have a high protein, low carbohydrate, moderate fat diet. Specific ferret diets are available but most cat wet foods are fine. It's recommended to feed them ad libitum - that is, to constantly have food out. For this reason the ferret pellets win out as they don't spoil as quickly. Fed small parts of quail, or chicken necks is the newest trend as it's more like their native diet, and it better for their teeth.

Jills are spring breeders, and will come on heat during their first spring after they turn 3-4mths old. Jills are also induced ovulators, and if not stimulated to ovulate, will die from the bone marrow suppression of the oestrogen levels sustained during the heat. Desexing can fix this, but may predispose them to developing Cushings later in life. Suprelorin implants are showing promise in both hobs and jills at supressing sex hormones while leaving the rest functioning normally.

Ferrets can contract canine distemper virus, and it's recommended they are vaccinated yearly with 1/3 of a canine C3 vaccine. They are also able to contract, and spread, human flu virus. Fleas, and mites can be managed with off-label use of Advocate or Revolution.

Older ferrets often suffer from a multitude of hormonal diseases. Blood tests may be necessary to diagnose these. Tumours are not common in ferrets as a general rule. 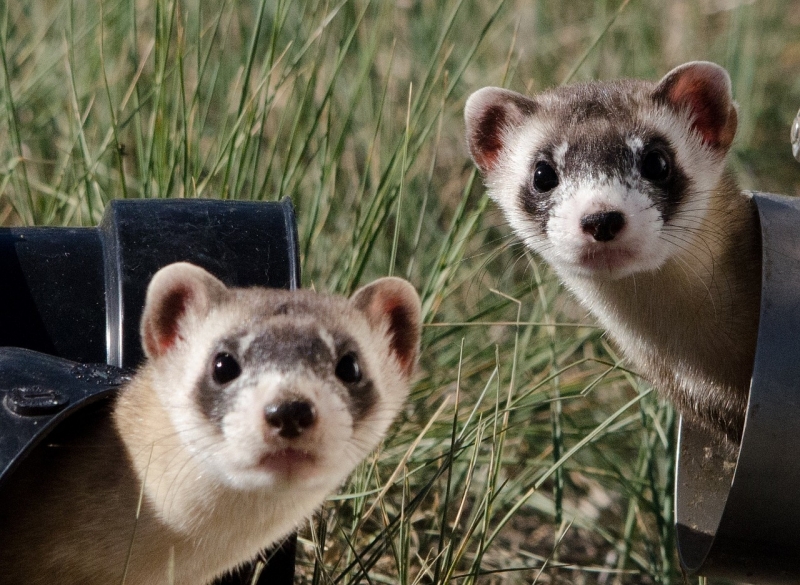