Introductions to an unfamiliar dog

A lot of people know how to safely interact with a dog or cat, but a lot of people also don't, and don't realise they are inadvertently increasing stress levels.

Besides firstly asking the owner if the animal is ok to pat, the way you approach an animal can make a huge difference to how you'll be received. Humans are used to direct eye contact; it's considered polite. But in the canine and feline world, fleeting eye contact is all that is needed - sustained eye contact is confrontational.

When approaching an animal - remember how big you are! Coming in loudly over the top of something and bearing down on them is well... not the best way to garner trust and affection. (this is also why kids are best supervised - they tend to tear in making lots of noise - it's scary!!) Bending down quietly and allowing some space is much better. We don't run up and hug complete strangers... we stand out of their personal space and talk to them. As we become better friends we can mesh our personal space more comfortably.

As a general rule, smaller dogs have higher levels of anxiety than larger dogs (though this is a generalisation, there are breeds predisposed to anxiety, and each animal has it's own personality). You are ENORMOUS to a smaller dog, whereas your size might not bother a larger dog too much. Keep this in mind as they certainly do.

If you would like to pat an unfamiliar dog remember to

If you'd like to pat an unfamiliar cat... well then that's entirely up to the cat. I would never recommend doing more than a few pats that are entirely solicited by the cat. Most cats will make themselves scarce if they don't want to interact, but just for the record, please don't corner and try to cuddle a scared cat! Cats seriously don't do forced interaction well, and are awesome at redirecting aggression and frustration to others, as well as inflicting some serious wounds in fear defence. 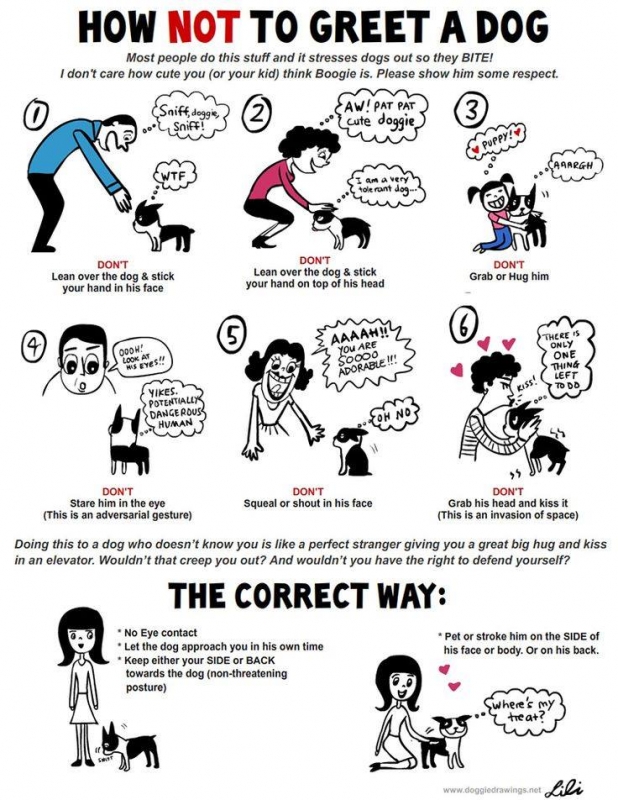