This week we might cover some common poisonings we see in household pets. Most are by accidental ingestion (animals are curious, and most poisons are packaged with an attractive base such as cereal to make them more likely to be eaten by the target), but it pays to know the signs.

First up we will look at RAT BAIT as it's widely used in a lot of households, and while you think it may be where your pet can't get to it, remember that rodents can move the baits from where you put them.

Rait baits are now made from second generation compounds, meaning they are much more toxic than the old Warfarin. The active of the coumarin family disrupts the clotting cascade and results in an inability to stop bleeding. It usually takes 5 days or more after ingestion to drop clotting factors enough to bleed.

You may see a small bleed, such as the nosebleed in the photos that just doesn't stop, or find a very flat animal with a huffy breathing pattern and very pale gums (note the lack of pink in the photos - normal gums are nice and pink). You might notice a distended abdomen if they have bled into the abdomen.

It can present many ways, from excessive bruising, to catastrophic bleeds into body cavities but if you are suspicious of rat bait poisoning we can do a clotting test to see if your pet is having trouble clotting. Treatment involves Vitamin K1 therapy for up to 6 weeks (Vitamin K3 is not effective) and even a blood transfusion.

The good news is that the vast majority of rat bait poisonings that come to us go home. If you see your pet eating a bait we can make them vomit it (if it's within an hour) to reduce the dose of poison they get.

The safest way to prevent rat bait poisoning is to not use it at all, but if you have no choice, using the locked animal-proof delivery containers is probably the next best bet.

Today we will look at SNAIL BAIT. Snail bait comes with one of three active ingredients: The blue one contains Carbamate, the green one contains Metaldehyde, and the red ones contain Iron (these are the 'pet friendly' ones).

The green and the blue are the most toxic. It only takes a few pellets to cause clinical signs. And because they are laid in a cereal base (a cereal just like dog biscuits) they are attractive to animals, even despite the bittering agent.

Carbamate and Metaldehyde toxicities present very similarly with tremors, drooling, twitching which progresses to seizures. Symptoms can appear within minutes of ingestion. Have a peek at the video below to see what it looks like (this dog is reasonably mild in it's symptoms).

We need to see these animals ASAP to either make them vomit, or if they are too far gone we will stop the seizuring either with sedatives or an anaesthetic (as the seizures will kill your pet), start IV fluids to help flush the liver (these compounds give the liver a hard time) and give us IV access, oxygen therapy and monitoring. Sometimes we may even wash out the stomach or rectum to remove as much poison as we can.

Most that we catch early go home within a couple of days, they're a bit sore and tired but OK.

The Iron pellets are NOT non-toxic, they just require a higher dose to cause signs, but Iron toxicity can cause anaemia, breakdown of red blood cells, strip the gut lining and cause bloody diarrhoea.

So it's best to find alternatives to snail bait if your dog shows an interest; scattering does not work; they'll just go around and pick them up one by one. And the bittering agent is often not a sufficient deterrent (as evidenced by repeat offenders).

Pyrethrins are commonly found in dog flea products, and are often mistakenly used on cats who are exquisitely sensitive to the compounds.

They cause drooling, muscle tremors, and seizures resulting in death. The video below shows a clinical pyrethroid toxicity - they're not nice to watch.

Treatment involves washing off the offending substance in warm soapy water, and sedatives or anaesthetic to prevent seizures, IV fluids and supportive care.

So check your flea products for any warnings against using them on cats to ensure you don't accidentally poison your cat - not all dog flea products are cat friendly! Also if your cat and dog regularly groom each other, or have a lot of physical body contact, it's probably best not to use one on your dog either. 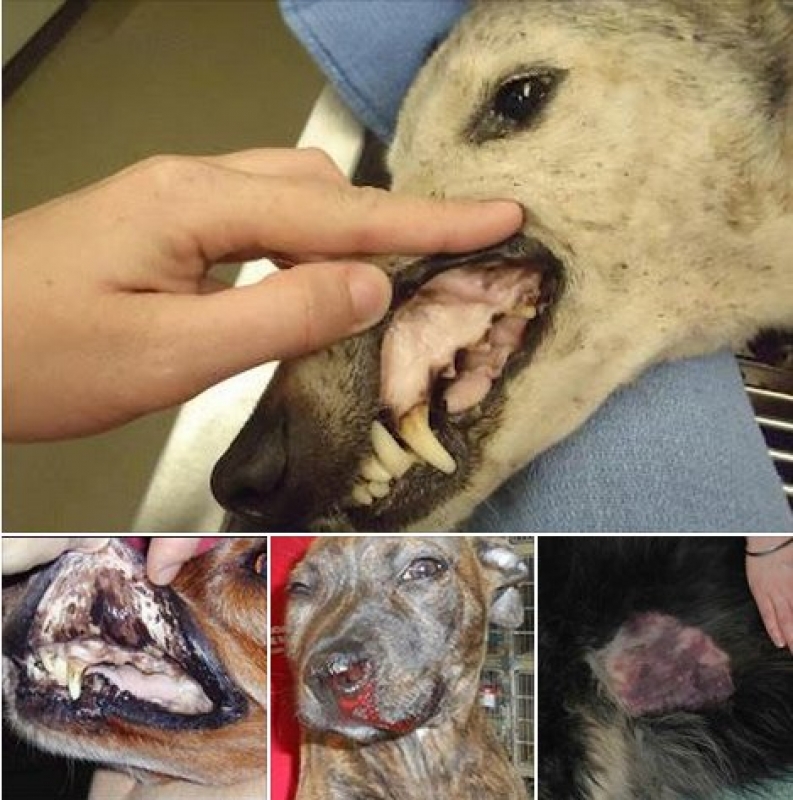