The truth is not all black and white

For many years, people were led to believe that dogs could only see in black and white. In fact, many people still think that today. In reality however, a dog’s eyesight might not be too different from your own.

There has been much speculation over the years regarding what a dog can and can’t see. Some people believe they see the same vivid colours as we do, but, more commonly, others think their colour range is limited or non-existent.

The eyes of both humans and dogs operate in a very similar fashion. The components of both human and dog eyes are similar; however the amounts of these differ. This variance is enough to make what you see different to that of your canine companion.

Both human and dog eyes contain cells in the retinas called cones and rods – both of which are known as photoreceptor cells. When you’re in a brightly lit environment, this is where your cone cells work their magic. They are responsible for seeing colour, and function better in bright light. Rod cells, on the other hand, provide no colour vision and function better in low light. They’re found around the outer edges of your retinas for use in peripheral vision.

Knowing that both dogs and humans have these cells, it can be challenging to work out why a dog’s colour range is considered to be different. However, it all comes down to the numbers of both rods and cones. Human eyes feature more cone cells than that of dogs, whereas dogs have more rod cells. As a result, dogs can see better in low light than humans, but the colours they see are less defined.

Most people have three types of cone cells, whereas those who have colour blindness, and likewise, dogs, only have two. Therefore, people with all three can see all colours on the spectrum, whereas those with two can’t. As a result, it’s presumed that dogs see colours on a similar level to people with red-green colour blindness. Blue, yellow and grey can all stand out to a dog, but other colours, such as red and green, can all blend into one.

Your dog’s perception of colour may not seem like a big deal, but when it comes time to train them, it’s important to be aware of this. When it’s crucial for your dog to pay attention to you and see you, wear bright blues, yellows, and distinct greys. Avoid other colours that make you blend in with the surroundings, such as green and red. Your dog’s colour blindness won’t affect its life, but it can play a significant role in how you get your dog to pay attention. 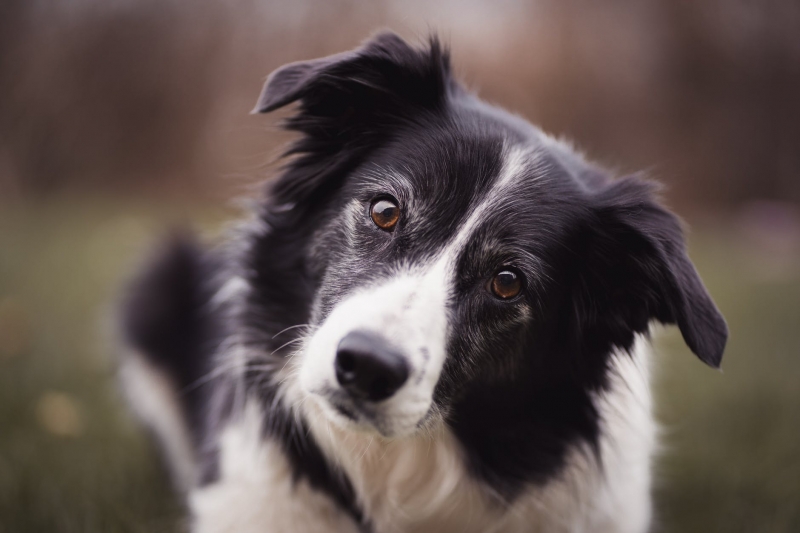